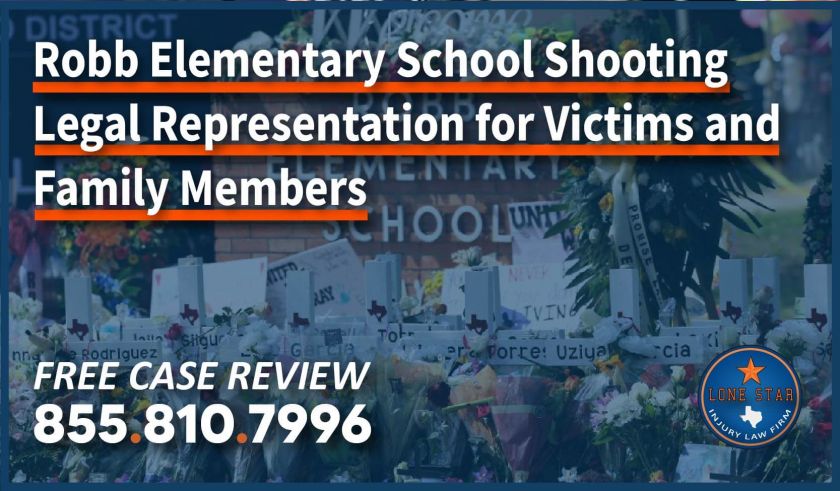 On May 24, 2022, Salvador Rolando Ramos entered Robb Elementary School in Uvalde, Texas and shot 21 people to death. Ramos entered the school through a door that was propped open, and was able to kill 19 students and 2 teachers before he was shot to death by tactical officers. Residents of Uvalde, as well as parents and students across the country, have been devastated by the tragedy. What we know so far about the Uvalde school shooting paints a disturbing picture of failure by police and school authorities.

A Timeline of the Events

The public is struggling to understand how this tragedy occurred. Most importantly, how was the shooter able to enter the school? Located on 715 Old Carrizo Rd, Robb Elementary is responsible for the education and safety of second to fourth grade students. Was there something the school could have done to prevent the massacre? And what about the authorities – why did it take so long for them to take action? Though updates are still being released, here’s what we know so far:

Why did Authorities Wait so Long?

Law enforcement was on the scene at 11:35 AM, but failed to enter the classrooms until 12:50 PM. So why did 75 minutes go by before the authorities took action? Even when there were numerous 911 calls from students begging for help, police officers chose to wait for the tactical team’s arrival.

According to state official Steve McCraw, “The on-scene commander at that time believed that it had transitioned from an active shooter to a barricaded subject.” He added that the officers believed everyone was dead inside the classrooms, and that the shooter was “trying to keep law enforcement at bay or entice them to come in” and shoot them.

People are questioning how the police came to this conclusion, based on the 911 calls from the students. They confirmed multiple times that some students were alive and begged for help before they too were killed. McCraw had no answer for this contradiction, except to say, “From the benefit of hindsight where I’m sitting now, of course it was not the right decision. It was the wrong decision. There’s no excuse for that.”

There’s no doubt that innocent lives were lost as a result of negligence by law enforcement agents. The police response time was entirely too slow, giving the shooter over an hour to kill almost 2 dozen people.

Is the School Responsible for the Shooting?

The shooter had entered the building through a door that was propped open by one of the teachers. We don’t know for sure why the teacher had left the door open. But she had just witnessed a car crash and rushed off to call 911. Her reaction is understandable, yet there is no denying that her split second decision gave Ramos entry into the school.

We do know that the door is question is normally locked, which is why the teacher was propping it open. This brings up important questions regarding her purpose for leaving the door open. Was it just a case of bad judgment, or is it a sign of deeper issues regarding safety violations among the staff? After all, this is a school for young children under 10 years old, so you would think extra safety precautions would be in place. Such precautions include doors that should stay locked at all times in order to keep out trespassers. Was the door that the shooter entered through one of these doors? If so, the teacher failed in her duty of care to the students when she propped the door open.

The Impact of the Uvalde School Shooting on Students and Families

It’s hard to believe that 19 students and 2 teachers were killed due to a series of poor decisions by the very people who were supposed to protect them. The surviving students are left with injuries that they may never fully recover from. Some of these injuries, like gunshot wounds, are physical. Others are emotional scars that will stay with them forever. In fact, the emotional anguish resulting from such a tragedy is more difficult to recover from than physical wounds. Some students said they smeared the blood of their friends over themselves and pretended to be dead as a way to fool the shooter. Such memories will live with them forever and alter the course of what their lives should have been. Then, there are the family members of the casualties, who are struggling to make sense of why their loved ones are gone. Any of these victims are likely to suffer from anxiety, depression, PTSD, and other mental health disorders.

Suing as the Victim of a School Shooting

We are still uncovering the facts that led to this horrific massacre. But we do know that the police response time was slow. They failed to get in the classroom for over an hour, which resulted in multiple fatalities when it could have been avoided. And what about the teacher who propped open a door that was clearly meant to stay closed? Both law enforcement and school authorities failed in their duty to protect their students and staff. If you were injured or lost a family member in the shooting at Robb Elementary School, you may have grounds to sue for the harm that was done to you. We know that legal action may be the last thing on our mind at a time like this. However, the physical and emotional damages from this incident will only get worse as time goes on. It’s essential to find out about your legal rights and take action against the parties that are responsible for this unspeakable tragedy.

School shootings have become all too common in recent years, and there’s no easy answer for how to prevent them. But in cases like Robb Elementary School, it’s clear that better decision making on the part of school and law enforcement officials could have saved 21 lives. Whether you are an injured victim or the family member of a victim, we can help you fight for the compensation you deserve. During a free consultation, we can go over your legal rights and the losses you can recover from a lawsuit. If you choose us to represent you, there is no cost to you for our services as a promise under our Zero fee guarantee. All our payments are deferred until you receive compensation, and you will not be responsible for any legal fees if we lose your case. Please give us a call and learn about your legal options if you were affected by the Uvalde school shooting.

Get the Compensation You Deserve

2372 Morse Ave.
Irvine, CA 92614
(949) 892-1068
© Lone Star Injury Firm - All rights reserved.
The information on this website is for general information purposes only. Nothing on this site should be taken as legal advice for any individual case or situation. This information is not intended to create, and receipt or viewing does not constitute, an attorney-client relationship.